The Executive Team serves to facilitate the day to day operations of the county GOP.  These individuals work tirelessly to make sure that the incredible message of the Republican Party is effectively communicated with every citizen of Maricopa County.

We are blessed to have a group of professionals with such a diverse set of skill specialties.  Members of the Executive Staff are appointed by the Chairman. 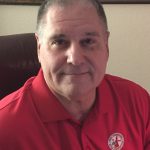 Van brings to the MCRC staff 50 years of government, community, and civic leadership experience.  He is currently retired from a law enforcement career that spanned 32 years.  After he retired from law enforcement, he founded a private investigation agency in Arizona and continued to serve the criminal justice system as a Maricopa County Public Defense Service contract investigator for an additional 10 years.

His law enforcement experience encompasses all levels of management including line supervision in patrol, investigations, and staff services, plus administrative duties, in addition to final decision-making authority as Chief of Police.  During his career, he participated in employee contract negotiations from both sides of the labor/management equation, served as president of the police pension board, co-chairman of the 911 implementation board, plus a member of the municipal complex design/build committee.  He is also a lifetime member of the International Association of Chiefs of Police.

In private investigations Van planned, staffed, and directed a staff of 5 investigators and 3 support staff who conducted guilt phase and PCR defense investigations into hundreds of cases including several high-profile murder cases in Maricopa County.  He also served one term as Secretary and two terms as the President of the Arizona Association of Licensed Private Investigators.

In his civilian life Van has served as Chairman of the Board of Directors for Firecrackers-AZ, Inc., a women’s softball organization that provides competitive opportunities for female athletes.

Van has been married for 47 years to his wife Rita and is the very proud father of two daughters, Gina and Alyssa.