The Executive Board serves as the elected officers of the county Party.  These individuals work tirelessly to make sure that the local GOP is governed effectively and that the efforts of our grassroots precinct committeemen are optimized to ensure sweeping Republican victories at all levels of elected office.

We are blessed to have a group of professionals with such a diverse set of skill specialties.  Members of the Executive Board are elected by the precinct committeemen for two-year terms. 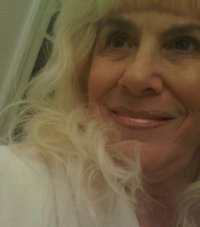 A fortuitous mentorship with Golda Meir, the first woman, Israeli Prime Minister, gave me my introduction to politics.

Ever since, I’ve been actively involved in political issues, candidate campaigns, grassroots referendum, and with the Republican Party at the local PC levels, County and State levels, and the Republican National Committee… as a volunteer, event planner, a lobbyist, and an elected official.

As a legislative lobbyist and a Certified Paralegal (Regulatory & Constitutional Issues), and with my Conservative Constitutional voice always guiding me, I have advocated for conservative issues at the State and National levels, on behalf of various groups including, the Arizona Project/Tea Party, Arizona Tea Party Patriots (ATPPA), the Convention of States (COS), and ACT for America, the nation's largest national security grassroots organization.

I am most proud of two pieces of legislation I spearheaded in Arizona dealing with National Security that were both signed by the past Governor.

I own a sales & marketing consulting business; I’m an editor and writer, including author of the Whoopsy Daisy Doodle Bug series of Children’s Books; and I’m married to Robert (also a political activist), raised two children and one grandchild (so far). 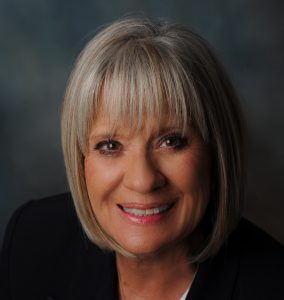 Nancy Cottle has been active in Arizona politics for the past decade.  She is excited to serve as Maricopa County Republican Committee (MCRC) Second Vice-Chairman and looks forward to working with the party leadership and voters in Maricopa County during the next two years.

Having worked on a recent United States Senate campaign as Director of Events and Community Outreach, Nancy interacted with many of the Republican clubs in Maricopa County and throughout the state.  This experience lays a solid foundation upon which to strengthen communication and action with our great county clubs. Nancy has served the county in appointed positions and is currently an elected Regional Director of the Arizona Federation of Republican Women, with responsibility as liaison to East Valley Republican women’s clubs.

Nancy recently served as AZGOP Executive Committee Member-At-Large representing CD 5 and is currently serving on the AZGOP Transition Team.  She is in her second term as First Vice President of Mesa Republican Women, where she is responsible for monthly program development.  Prior she served on the board as Club Treasurer.  She is a Precinct Captain in LD25 and Third Vice Chairman on the District Executive Committee.  Additionally, she was named 2016 Precinct Committeeman of the Year from her district.  A 2016 graduate of the Dodie Londen Excellence in Public Service program, Nancy also holds an M.A. in Organizational Management from the University of Phoenix and a B.S. in Education from Kent State University.  She is a retired executive from The Boeing Company and is a small business owner.

Nancy and her husband reside in the east valley and, in addition to being political activists, enjoy time spent at their lake home in Tonto Basin. 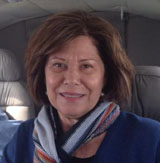 Every year since becoming a Precinct Committeeman in 2009, Colleen has served the Republican Party as a district oﬃcer or a volunteer on either the Maricopa County or Arizona State level.  She is a Precinct Captain, an elected and re-elected State Committeeman and served as a 2016 Arizona State Convention Delegate.  Having held district oﬃce as 1st Vice Chairman and the 2016-18 LD 20 District Chairman, Colleen says “working within the Party to help elect Conservatives is what I do.  It was an honor to lead LD 20 in the 2018 Get Out The Vote eﬀort”.  The LD 20 PCs distributed a record 10,000 Golden Ticket slate cards and reached an estimated 40,000 homes in preparation for and during the election cycle.  As a result, all of the LD 20 candidates won their election including the new Arizona State Treasurer.  There are no shortcuts to winning elections.  They are hard work.  Colleen is proud of the LD 20 PCs and all of the eﬀort they contribute to electing Conservative candidates. 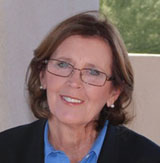 Sheila is the owner of SKM Design & Construction, a company specializing in home remodeling in Scottsdale and Paradise Valley since 2001. She began her business as a design/builder in Naperville, Illinois where she worked for 18 years before moving to Arizona.  Sheila is an elected Precinct Committeewoman in LD23 and has held that position since 2013. She was also the founder of the Scottsdale Tea Party. For years she has volunteered her time for causes she believes in. Some of those activities include serving as the President of United Way of Dupage County, President of Naperville Junior Woman’s Club, was a founding member of Jump Start, a youth program in the Dupage County Jail system and she currently serves on the Foster Care Review Board for the Arizona Supreme Court. 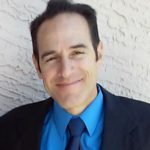 Born and raised ten miles from historic Independence Hall in Philadelphia, Tristan moved to sunny Phoenix in 2001. His interest in understanding how things work drove him to major in Industrial Design at The Ohio State University. He served as student chapter president of the Industrial Designer’s Society of America, graduating with a Bachelor of Science in Industrial Design.

A Precinct Committeeman (PC) since 2012, Tristan is grateful for the opportunity to serve and represent fellow PCs, fellow Republicans, and fellow Americans, taking a special interest in good government (responsible government), the rule of law, and election integrity. The spirit of the Declaration of Independence, the rightful understanding of the original meaning of the Constitution and Bill of Rights, and promoting the Republican Party Platform are all reflected in Tristan’s commitment to The American Way, America 1st, Americans 1st, and The American Dream for Americans 1st.

A strong believer in the power of faith in God, family unity, and personal liberty, he also believes in free people interacting freely in free markets. Tristan lives in Central Phoenix, where he runs his own business, serving as an Internet Presence Specialist. 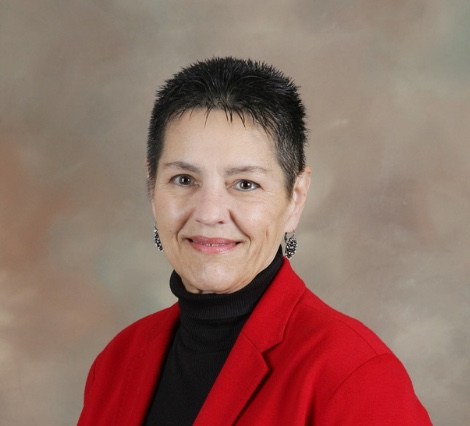 In 1999, Linda J Busam moved to the Valley from Illinois with Lee, her husband of 46 years, settling in Peoria. Linda and Lee have one adult son, Bill, who also relocated to the valley and is the proud father of beautiful 13 year old twin girls through marriage.

Linda became actively engaged in many causes with the onset of her retirement in 2016 and promptly found her niche as a Republican Precinct Committeewoman in 2017. She currently serves as Elected 2nd Vice Chair, State Committeeman, and Precinct Captain in Legislative District 21.

Within the past year, Linda was instrumental in increasing Appointed PC’s for her District by 43%, and procuring many other Appointed PC’s throughout Maricopa County. Under Linda’s leadership, LD21’s donations increased significantly with a desire to capture 2020 Republican victories up and down the ballot. Respectively, she was honored with the 2019 LD21 Precinct Committeeman of the Year Award and now sits on the MCR Executive Board, as Member-At-Large.

Linda is a proud member of the Republican National Hispanic Assembly,  Arrowhead & Mesa Republican Women’s Clubs, NRA & the CSPOA and also serves on the Peoria Police Citizens Academy Alumni and is the Founder of Arizona Faith, Family & Freedom, which delivers a resounding Conservative message through building relationships and Community Outreach. 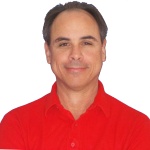 Joe Neglia is a Constitutional Conservative and is dedicated to upholding and defending the principles upon which our country and our party were founded. An active Republican Precinct Committeeman and State Committeeman since 2012, he has served in a variety of roles in the party, and is a Life Member of the NRA and the Arizona Citizen’s Defense League. His political activity goes back to 1980 when he stuffed envelopes for the Ronald Reagan presidential campaign. He is also a registered parliamentarian and advocates for Robert’s Rules of Order at every available opportunity.

Joe teaches Engineering Technology at Mesa Community College and is a registered Professional Engineer. His experience includes consulting for the National Science foundation, Intel Corporation, Sperry Space Systems, and Honeywell Satellite Systems. Joe holds two U.S. Patents for his work on the Strategic Defense Initiative, a Bachelor’s Degree in Electrical Engineering from the University of Pennsylvania, and an MBA from Arizona State University. He has lived in Maricopa County since 1986, and currently lives in Tempe with his beautiful wife of 24 years and two lovely daughters. 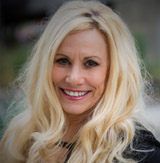 Janell Soyster Buchholdt is a Constitutional Conservative and registered Republican her entire adult life. Janell moved to Maricopa County in 1961. She, also, was raised in Saudi Arabia & lived in Europe. Living in Saudi Arabia re-enforced her value & belief system that she is blessed to be an American. She prioritizes herself as an American Patriot 1st; and, a Woman 2nd .

After Janell graduated from ASU in Tempe, AZ, she worked in the wireless communication industry. As a Director in the corporate world, she built wireless networks for service providers nationally and globally. In the small business world, Janell was part of a successful team that took a private company public raising $50,000,000.00 in an IPO.

Currently, Janell sits on the Board of an AZ health & wellness company; and, is also an Executive in an AZ private business.

Politically, at the AZ Convention in Mesa, Janell was promoted to an AZ Delegate to complete the voting process. In July 2016, Janell attended the RNC in Cleveland, OH. Currently, Janell is a Precinct Committeeman Captain, a State Committeeman; and, sits on the MCR Executive Board, Member-At-Large. 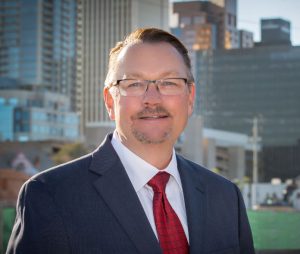 A Constitutional Conservative, Joe is a lifelong Republican and has been contributing to the Republican Party since the early 80’s.  A Precinct Captain and Trump Victory Neighborhood Team Leader (NTL) in Scottsdale, Joe is dedicated to recruiting, leading and supporting a team of Precinct Committeemen (PCs) and neighborhood volunteers. Professionally, Joe has worked in the Technology Sector since 1983, for both Fortune 100 Firms and Startups, progressing from technical positions into management & business development roles.  Today, Joe works with financial executives deploying Financial/Operational Reporting and Analytic Cloud solutions. Joe is also an Adjunct Professor at Grand Canyon University leading Online Masters-level courses in Leadership & Innovation. As a “data” guy, Joe has applied his technical roots and business background to introduce a number of relationship, technology, and data innovations to assist Precinct Committeemen, at a Precinct, District and at a State level, with an emphasis on relationships in the community and the Party. Joe attended Arizona schools and earned a Music Scholarship to Arizona State University (ASU), graduating w/ BS in Computer Information Systems, and later earning his MBA from ASU’s WP Carey School of Business in 2004. Joe is married to Yvonne Cahill (also active in GOP Leadership and Campaigns), has two grown daughters, each now with growing families.